Writer - a person who thinks they have something to say so they write it down and are afraid to have someone read it.


Non-fiction – brain drivel by an expert or by someone who claims they are an expert.


Memoir – a written document with the consensus that your boss will fire you, your friends will shun you, your family will disown you and your children will claim to be orphans. When it becomes a movie you will be tapped for loans or sued, by all of the above.


Novel – something clever built with a lot of words.


Short Story – something clever built with less words than a lot.


Cliché – a smartass use of someone else’s smartass phrase.

Spell check - the penicillin, Salk vaccine and morning after pill for all writers.


Punctuation – all the little marks writers use to convey speech patterns on paper.


Question mark – do you think it is a hook with a dot (?) to denote when the writer doesn’t have an answer?


Exclamation point – a line with a dot (!) used sparingly to denote, really, really, and I mean really, exciting wow-words!


Comma – a tiny, little, itsy bitsy curve of a line (,) when the writer takes a big breath.


Dash - that little line (-) right after the word dash.


Preface – what a writer really wants to say first-off but no one wants to read.


Plagiarism - stealing someone else’s drivel and calling it your own drivel.


Sentence – amount of time a writer spends in prison after stealing someone else’s drivel.


Agent – an all-in-one vice-principle, first-mate, heir to the throne, sentry/bouncer who can read really fast.


New York Times Bestseller List– The title of which an author wishes to have tattooed on their ass.


Oprah’s Book Club – like being the first to be picked for dodge-ball. 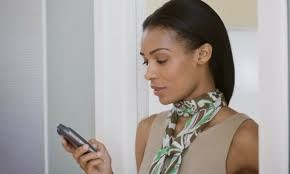 A query, the subject du jour of late, is a lot like an evening of speed dating.


We have to dress just right. Wear black and one guy goes Goth, wear red and another sits there popping Viagra. Wear beige and the only person who will talk to you is the bouncer and he’s married. Heals, flats, flip flops or Uggs some get turned on by ‘showing’ toes and some just want to talk about them. Wear your hair down, up, short, long, dyed, shaved or slick, how’s a girl to know?


Everybody gives you advice, be smart, cute, be truthful, mirthful or obtuse. Show don’t tell, be concise, be lean, but not too lean, show a little flesh but not too much.


Querying is like seeking a partner for life based on your own personal logo and a catch-phrase.


Ten years after I graduated from high school I received a letter from the alumni committee. They wanted me to fill out a questionnaire about what I had been doing for the past ten years. Then I would get a booklet with all the updates of my former classmates. So I filled out the questionnaire, padded it a little, but stayed true to who I was and what I had achieved, which wasn’t much at the time. Sure enough, in the mail came the booklet.


I graduated half a nation away from my fellow alums and there were over 1000 in my class. Because I had not seen even one, in ten years, I sat down with my yearbook and matched pictures with updates. I laughed, I cried, was surprised and even disappointed. Then I came to an update that said this, and I am quoting exactly, not because I have the booklet in front of me but because I have never forgotten it even three decades later.


I looked at the girl’s picture. I remembered her face as a ghost in the hallway. She was right, I did not know her and ten years later, though I felt sorry for her feelings of alienation, I did not feel compelled to reach out to someone who created barely a shadow in my memory.


Queries are like that. If I am not dynamic, with whitened teeth, flawless execution and perfectly dressed words I am shadowless.


Which makes me, “writer non grata” and leaves me sitting at the end of the bar in my beige dress, looking at pictures of the bouncer’s wife and kids on his cell phone.

How long to hang on


This means we are planning to apply some lipstick on this 4200 sq. ft. porker and put her on the market. When we moved in 11 years ago the house was all shiny and new and a dream come true. How we got here is the stuff of moviedom (story in process) but with the kids grown and gone it’s time to slink into who we are becoming, all-on-one-floor ranch livers.


To go from a house as large as ours to a small home will be a challenge. We’ve already cleaned out the walk-up attic and the walk-out basement. The spare bedrooms (3) look like Holiday Inn without the express. The master is what sold this place to me and the attached, but separate, one bedroom in-law apartment will sell the place for sure.


I have always liked this house, a lot, but I never let myself fall in love with it, because I knew it was too big for a couple approaching the wish (and dashed dream) of retirement.


A couple of months ago I started to pack up all my ancillary collectibles, rearrange the bookcases and take down all the photos. In other words, I’m editing my life.


Because my writing (column) follows a strict word count, editing is my friend. I pride myself with dusting the darlings off the shelf and by saying what needs to be said, in as few succinct words as possible. It’s my thing.


For instance, this post started out twice as long. I mean really, do you need to know the jetted tub has only been used six times in ten years, and two of those times, it was because we were in the path of a hurricane and had to store water for flushing. (Not a good selling point).


Having said all of this, I’d like to share that I have a few Staple’s cardboard file boxes full of manuscripts I am considering deep-sixing. How do I edit that part of my life? Do I take it all with me, and continue to store the forgotten dreams of all those stories and essays? It is not in my heart, just yet, to let it all go.


How long do you hang on to the past of your words and the writer you once were?
Posted by Carolynnwith2Ns at 1:46 PM 7 comments: