I just wrote a decent essay about my dog Harley. It was heartfelt and a tribute to my sweet old boy. It was kind of sad too. I wrote about him being a shed machine and how when I leave the house a little bit of him goes with me everywhere and that someday soon I won’t have his dog hair tumbleweeds to fret over. 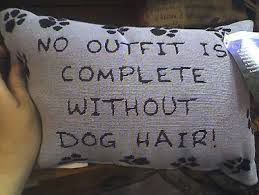 I wrote that my kids used to say, “The best thing about going away to college was no dog hair”. They missed Harley but how he went from room to room looking for them, I know he missed them more.
The essay was five-hundred words or so, just right for a blog post. But something happened. When I saved the document I deleted it. Not sure how it happened but it’s gone.
I do not have it in me to write the piece again. It’s Saturday night and after an entire day of making pretty with springtime yard clean-up I am exhausted.

Have you ever lost that which you did not have within yourself the energy to restore?

Posted by Carolynnwith2Ns at 9:25 PM 7 comments:


I’ve been struggling with structure. 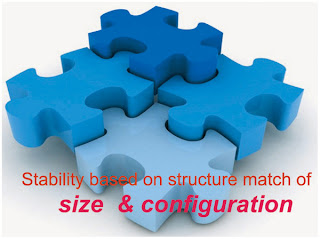 For some time now I have been compiling articles for my book.
It was my aim to gather a stack of tear-sheets, write the impetus for each piece and then share what happened after the article broke. I call it the force and fallout of writing. Personally I love to know why someone wrote something, how they came up with the idea, the whole process thing and what happened after it was published. I really don’t care if the writer is famous; I just find that sort of thing interesting.

So I’ve been gathering, writing the befores, writing the afters, knowing all along the whole thing is shit because there is no structure. And then, a 100 watt-er over my head; I came up with an idea. It has gone from a collection of essays about essays, ugh...boring, to drum roll please...my first year as a newspaper columnist.

What, no applause? I hear some groaning out there and I’m seeing a few eyes roll but hold on a minute.

So who’d want to read about my first year writing for a weekly paper anyway? I mean really, the paper is delivered free, wrapped around my junk mail. Well...actually, if you wrote it, I’d read it. I’d want to know what it was like to plan two weddings in six months for two daughters as different as water and wine. A country son-in-law and a city son-in-law, I’d get a laugh out of that. If your husband is anything like mine I’d LOVE to read 650 words or less about him because I am married to the-everyman.

During my first year as a newspaper columnist I went from absolute obscurity, to mere obscurity within three months. It’s a kick when I get recognized in the frozen food aisle. Aside from the regular writing gig, the past year has been pretty interesting so I’m giving it a try.

A while back two of my dream agents both said, and I am paraphrasing, “...you have no idea how hard this book would be to sell to a publisher.” That’s why I decided to go the way of e-publishing. But now, with structure and extra down fluffing in and around the original pillows, I’m thinking that getting in bed with the traditionals might be the way to go.

If you are not convinced, and you believe I have my head so far up my ink-jet that illusion begins with an 'a' and ends with a 'hole', don’t tell me just yet. I want to enjoy my little world of anticipatory success for a short while until reality collapses my bed.

HEAD-SLAPS, SPEED-BUMPS and LIGHT-BULBS;
One woman's WTF, oops and ah-ha moments of life.

My first year as a newspaper columnist.
Posted by Carolynnwith2Ns at 9:52 PM 2 comments:

A free slice of ham 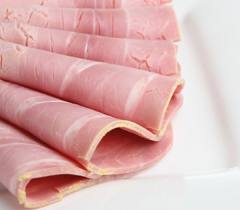 My Enough Said column in the new Times newspapers, a division of The Day in New London, broke. Because the coverage reaches north of the Connecticut River all the way to the RI border I felt a bit sad that my readers south of the river won’t get to read it. A bit of regret kind of tinged my decision to take the column to a larger market until the day after it came out. If I had any doubts left they were allayed yesterday.

Friday I felt like a celebrity. At work, because half the staff lives on the other side of the river, all I heard about was how much they liked the piece. Three people even brought in copies for me, how sweet. But yesterday that was the clincher.

An aunt, I haven’t heard from in ages, read my column in her paper and emailed me. She asked if I minded that she toot my horn. She’s emailed the online component in zip06.com to a ton of family, many of which I haven’t seen in years. Their emails are like a virtual family reunion, it’s great.

I can’t figure out how to shorten the link and I can’t remember how I posted some of my other columns over on the right. Which illustrates to me, no matter how big my head gets, it's still hallow. If you are so inclined, read and enjoy. My writing won’t save the world and I am under no illusions that it is great American literature; it’s like the thin sample slice they give you at the deli. It ain’t steak or bologna, it’s a slice of my life...ham.

This switch was relatively easy because I’m not one who handles change easily. So far I’m likin’ it, I’m likin’ it a lot.
How do you handle change?
Posted by Carolynnwith2Ns at 8:29 AM 4 comments:

Up, up and away 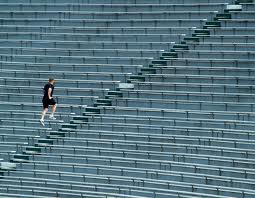 My column breaks in some of the new newspapers this week; same lover, different sheets. I’m excited but kind of sad too. Because I’m branching out and the coverage is one town north of here and spreads all the way to the state line, I won’t be looking my readers in the eye anymore.

Yesterday at work a woman walked up to me, “I love your column,” she said. We chatted for a while and I told her how she made my day. It’s crazy being recognized, I just can’t get used to it. Maybe that’s a good thing.

Went to a birthday party last night, forty people or so, at least half mentioned the column and how much they enjoy it and how disappointed they are that it won’t be so local anymore.
It never dawned on me that building a platform and obtaining a fan base means moving up and sometimes away from the very people who got you there in the first place.

Next step...who knows... national?
I’m working on one right now that just might do that.

What’s your next step?
Posted by Carolynnwith2Ns at 5:48 PM No comments:

Why leap, why jump when the ground is so hard? 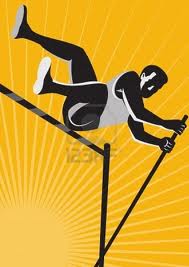 I wonder, what makes us want to write, need to write, have to write, must write, can’t imagine not writing. Is it an extra chromosome or lack of one? For those of us who have explored other art forms, and have achieved a millisecond of success in them, why do we then, feel the need to pour ourselves onto the page? Is it because we think we have something to say and that there is actually someone out there who might want to partake of our intellectual pole vaulting? Are we self-centered in our own need to communicate that which we believe is academically worthy and mentally purposeful? Do we hide behind it, in it and from it when the honesty looks like an image in a broken mirror? What is it, this writing thing? What the fuck is it?

Why do I write? Because somebody told me I can? Why?

Why do you write?
Posted by Carolynnwith2Ns at 1:38 PM 4 comments: