In the news recently a couple treaded water for fourteen hours and finally were rescued. On TV a woman crawled out from under her tornado destroyed home and smiled at the camera. A skier at the bottom of a crevasse climbed, and actually documented his way out of the icy hole. Remember the hiker who cut off his arm so he could save himself. They had in common, one thing, they never gave up

They never gave up.

As writers our day to day journey to publication certainly is not as life threatening or dramatic but sometimes after dozens of rejections and months of “no reply means no”, you begin to feel that if treading water, losing your house, climbing out of a pit and cutting off your arm would get you a book deal, you’d do it or die trying.

I’m not just talking about ‘the story’ which gets you read, I’m talking about the hang-in clichés’, the head down, one foot in front of the other, stay calm carry on demeanors that get you where you want to go, out of the hole and published.

This is for those who have never been, (but dream of by-lines and title pages), read.

This is especially for older writers. The ones who for whatever reason put aside the quest and didn’t take up writing until menopause cleared their twenty-eight day calendar and AARP became their pocket companion.

The stumbling-block, brick-wall, and preconceived notion clichés, that older writers are not as productive as those with hair, are tossed at us all the time. Not to denigrate younger writers, but we have, in many cases, something younger writers do not have: patience, fortitude and wisdom. We have a way of looking at things which levels life. Drama doesn’t make sense if you’re over sixty because bullshit is just another word.

Younger writers can take the scenic route because they have a lifetime to get where they want to go. We’ve already been there and are more deliberate with our words because we know the value of time; we want to arrive with a lot left over for the next journey. We have time too, we just don’t know how much, does anyone?

My first by-line appeared when I was thirty-eight, which is by no means old. After a few years of finding my way in, I backed off and didn’t write for almost ten years.  I wanted to spend time with my family not in an office writing about them. After ten years I entered my learning curve (I was fifty) and was trying to get somewhere unfamiliar, way too fast (fiction). Finally I realized my true writing form (I had turned 60) and dove back in (at sixty-three) as a columnist. I have never looked back. Actually that’s not quite true. I look back all the time, because often, that’s exactly what I write about. Reminiscing is okay if you put it where it belongs, behind you.

What I am trying to say is that no matter what age you are, never give up. You will want to; you may even set writing aside for a while like I did.  But writing is faithful and it doesn’t care if you leave it out in the cold for a while, it’s always there, and always waiting.
No matter the numbers, writing is breath.
Posted by Carolynnwith2Ns at 12:03 PM No comments: 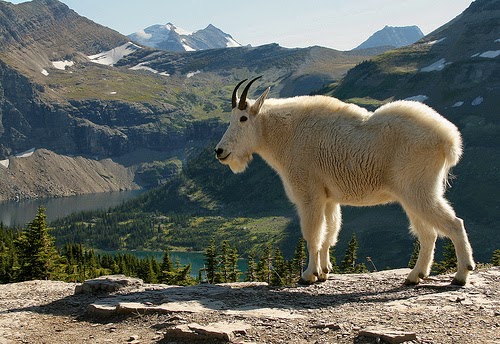 Only minutes ago, I finished.
I ended it in a very different place than I originally imagined.

That I would write a memoir using my essays and columns as a backbone to my life is fitting I think. I am amazed by my personal self-examination of thought and gratified by what I wrote then, and have written now. Regarding words, I regret none, but know a few have punched my ticket to hell. It is with hope and fervent prayer that those will be edited by a kinder heart of a greater being and overwritten by the goodness of the other words.

I will let the baby rest, print, and begin the hard copy edit. I should feel relieved, glad that it’s done but I feel a kind of sadness too. I relived my life by outline and then filled in the flesh and heart of who I was and am. I am proud, I am tired. My hands hurt and I want to cry for the people I have written about who are gone.
Now I must find a place for my story and a person who will help me get it there.
I am not famous, my platform is small, so it will be hard.

In the beginning of the book I describe the moments after climbing a mountain in Montana, and standing at the edge of the cliff I had just climbed up and over. The view was made more spectacular because of the effort it took to get there. I made it because I didn’t give up and I had help.

This book is finished because I didn’t give up and I had help.
Posted by Carolynnwith2Ns at 8:44 PM 4 comments:

I won’t be posting for a while.
I have column deadlines to make and I’m close to finishing,
HEAD-SLAPS, SPEED-BUMPS and LIGHT-BULBS;
one woman’s WTF, oops and ah-ha moments of life.
Why I wrote, what I wrote and what happened after, from opinions, to questions, to situations via op-eds, essays, columns and articles, has become a memoir of words wrapped around my life.

Who am I?
Why would anyone want to read about someone with a platform as big as a front stoop?

I’m your next door neighbor, the woman behind you in line at the supermarket. I’m sitting next to you in the waiting room. I’ve taken your blood pressure; dry cleaned your clothes and sold you a car. I clean your teeth, I taught your kids and I wiped your butt when you were hospitalized. I’m the woman behind the cash register and the one standing at the stove. I'm your Senator, your cleaning lady, your Pastor, you mother, your daughter, the other woman, your wife. I made you cry, I made you laugh, I broke your heart and I mended it with a spool of Coats and Clark. 150 million females strong, I’m her, I am you.

Like Nick and Val wrote, “I’m every woman.”(How's that for cliche Ms. Trite?)

Finishing this book is a mission.
I’m doing it because as writers, why we write, what we write, is sometimes more fascinating than what we actually wrote. The fallout after publication is often interesting, almost always humorous and every so often it's disturbing and borders on terrifying.

While I look for mine, I wish you all many fine words. 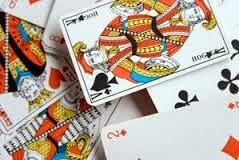 Everybody talks about, and muses over, the cards we’re dealt as related to life. It’s a cliché which often explains the good and bad randomness of experience. God is the dealer who’s flipping fate your way, I guess, so if your hand sucks you get to blame the yahoo with the bolts of lightning in his hair at the head of the table. Sometimes the cards are face up, you get to see the shit before it hits your Honeywell multi bladed Super Pro and sometimes the cards are face down, leaving you in a quandary about what move to make next. Considering what’s already showing, and the demeanor of the other players at the table, do you lift the corner and peek or to do you fold? And are you playing the game that lets you fold? I'm not, the idea of giving up, or giving in, shreds my one-eyed-jacks.

I took stock lately of the deck dealt so far in my life. As each card slid across the table I’d pick it up and sometimes immediately lay it back down. As my game has progressed I’ve discarded quite a few, held some for a while until they just weren’t worth holding anymore and some, like face cards, high numbers and sets, I save, because if the right card comes my way I get to make tons of points.

Looking at the runs and sets fanned out on the table before me, I am giddy with how well the game is going. Each time the dealer slides another card I think, well that’s it, the game is probably over or maybe this is the one that will make me a winner. But what’s funny is that I am already a winner, counting my points, achieved by clever effort and awarded by luck. I’m thinking that dealer, the guy with the lighting bolts as dreads, has an assistant and her name is lady luck. She likes me; she really, really likes me.

What puzzles me, and it’s a personal dilemma for sure is, as close to perfect as the game is I am playing, I focus often on the good cards that were discarded earlier and of no use now, rather than the ones I currently hold.

Why didn’t I save that one and not hold on to it just a little longer? An ace here, a king there, or the queen of hearts I threw back, way in the beginning, and that if I had it now, I could fan out all four on the table and make the other players jealous. And is that what the game is about, making the other players jealous, because if it is, I’m in the wrong game. I want them to win too. So what does that mean?

It means that as I look at all the cards dealt to me during the game, the instant throw-backs, the holds, the saves and the discards, I am the most fortunate player because I know that to win, is not to beat everybody else. The win is actually that the game continues.
Posted by Carolynnwith2Ns at 9:30 AM 2 comments: