A lifetime of Bill and Peggy

I am Bill Murray in Groundhog Day.


Every morning I wake to the smell of coffee, which brews at 4:45am. A little before 5:00am I am out of bed, reaching for my ratty blue robe and slipping my arms through the long sleeves. Feet groping in the dark for my slippers by the closet door, I walk to the top of the stairs thinking that I did exactly the same thing yesterday, the day before, and the day before that. I am stiff. Gripping the banister I find myself cautiously walking downstairs like a knee and hip replacement patient during rehab.


My husband takes the dog out. It’s still dark and cold and we have coyotes which watch the house for our little guy. My husband is vigilant.


I pour two cups of coffee.


We sit, dog in my lap or his, to watch the news for a few minutes.


My work schedule is all over the place so if it’s a day when I have to be at work by 7:00am my morning takes on a kind of purpose dedicated to a routine down to the minute. If I have to go in later my Groundhog Day disappears into a wonderful chance to write, respond and read.


But it’s that repeated rising in the dark, and stumbling forward into a new day, that has me wondering, is this it?


As long as my job rules our schedule the first fifteen minutes of everyday will be exactly the same. I’m not complaining, because I know that someday, something may interrupt that which has become so routine. My nights early to bed are just as programed as my mornings. It’s comfortable and it’s maddening.

In 1969 my mother loved a new hit song sung by Peggy Lee, Is That All There Is. She talked about it a lot. At the time I had arrived back in this country after an exciting year away in Africa. I had a wonderful job I loved. I was writing music. Life was spread out in front of me like the Great Plains in front of a wagon train headed west for a new future.


I thought the song was depressing. How could my mother like it?

Is that all there is?


"There’s got to more," I said to my mother every time she played it. She just smiled and played it again.


I am twenty years older than my mother was then, ground-hogging my way through life.


Is that all there is?

Posted by Carolynnwith2Ns at 9:56 AM 8 comments: 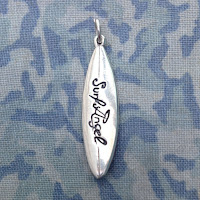 My mother, a good Catholic girl, married a Methodist. Because her mother, a very good Polish Catholic girl married a Pennsylvania Dutch WWI veteran, the little-rebel in both of them illustrated just how much they loved their husbands. Love overcame any fear they might have had for them, or their children, of never making it to heaven. That’s why, for my brother and me, the whole steeped in sin and served up as serious religious thing, was relaxed a lot.


My brother and I attended my father’s boyhood Methodist church. I attended, he skipped.  I got gold stars on my chart for learning Bible verses, he spent his offering money on cigarettes at the Corner Store across the Street from the rectory.


We were dropped off and picked up two hours later. My mom stayed home to cook breakfast, or so we thought. I later learned that Sunday morning was the only private-time my parents had to spend together. I still find it amusing, we went to church so they could ruffle the sheets.


As my parents aged I noticed a growing distance between them regarding religion. My dad was a discreet believer, never seeking to proselytize away my mom’s growing cynicism concerning a higher power. It wasn’t as if they sat around talking about religion but when the subject of heaven, hell, or the almighty came up, my mother either went quiet or expressed a kind of distain for formalized faith. As the years piled on that distain took on a down-right disbelief in God and Christ.
Her sermon: “Heaven and hell is lived right here on earth while we’re alive. When you are dead, you’re dead. That’s it. No eternity, no meeting deceased relatives and friends, no angels, no heavenly grace. Life now is what you get.”


My mother didn’t go around spouting her pessimistic view regarding that which comforts many, we just knew faith wasn’t her thing. That’s why, when my father had a stroke and eventually died, that she had only us to lean on for comfort, was not enough.


After my father’s death, my strong minded, my way or the highway mom, became an empty husk of a woman we did not recognize. Depressed and lonely was understandable; losing the person you’ve been married to for over 62 years does that to the partner left behind. Once in a while a glimmer of her old self would rise to the surface for a few minutes when my daughters and I visited, but soon she’d slip back and wallow in that quiet empty place that had become her life without my father.


At the time I believed that if she had the religion of her childhood or the one she wanted us to embrace as children, to lean on, perhaps the transition to life without my father would have been a bit more bearable.  With no one in the dark to talk to, no God and Christ to share and ease her suffering during her long nights alone, she was lost. Without the spirit of my dead-dad to hear her anguish and sooth her aching heart, eternity was untouchable. Even the thought of my always patient father, waiting on the other side for when it was her time to go, could not bring her comfort, “When you are gone, you’re gone.” She believed herself alone without divine presence.


But what my mother did not realize, and fought against to recognize, she was not alone. Every word, every plea, every silent word was heard. Comfort was at her hearts door even though she didn’t let it in.


On the pivotal night which began her own two week journey to the end, she got up to use the bathroom at 3am…fell and broke her hip…banged on the wall to wake my brother in an upstairs apartment…was rushed to the hospital…lay strapped to a backboard for two and half hours in the hallway of the emergency room…sent to surgery to repair her broken hip…placed in a nursing home for rehab…entered hospice.


On the night she fell I raced to the hospital and was taken to a section of a hallway adjacent to the nurses’ station. A metal framed fabric screen cordoned off my mother from the rest of the emergency room’s world of action. As I approached I could see my brother’s feet below the screen. He was standing inside the cramped made-up room, next to the gurney my mother lay on.
“All of the examining rooms are full,” he said.


“I know what it is, I was making a God-damn joke. Your father would have laughed.”


“My eighty-three year old diabetic, cancer ridden mother, remained strapped to that backboard, with a broken hip, in that hallway, for two and half hours. My mother, who could spout profanity, like a fifth grader spouts times tables, my mother, who could spew insults like a baby pukes milk, lay composed and quiet, as if the fiberglass torture device she lay on, were a blow-up beach raft gently drifting on the surface of Long Island Sound.


“I’m not going to make it.” She whispered to me. Damn her. She was always right.


Once my mother was gone I found comfort in knowing that her suffering without my father was over. To me they were together again, for eternity. Though she believed, “when you are dead, you’re dead,” I was amused by God’s nod and divine sense of humor.


My mother the lapsed Catholic girl, the woman who did not believe in heaven or hell, the person who ceased to give God or Christ a second thought, let alone a first one, died on Easter Sunday. That she would ascend to heaven on the same day as the resurrection of God’s son proves that always, and I mean always, God gets the last laugh and the final, I told you so.
Posted by Carolynnwith2Ns at 1:58 PM 6 comments: