I want Morgan Freeman to narrate my life

Who do you want to narrate your life? 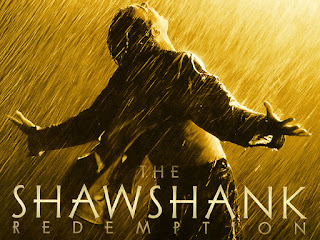 I’m doing a rewrite, a little editing here, a little editing there, and actually enjoying the read because it’s been awhile since I’ve autopsied, resuscitated and resurrected my first attempt at fiction. Because I am a short-form essayist I was once told there is no way I can write fiction. So taking up the sort-of-dare, I wrote this 82,541 word novel in six weeks, it has taken me seven and a half years to finish it.

After the book was done, the first time, I naively queried, and instantly was convinced the naysayer was correct. As experts often espouse, first novels are autobiographical in that first-timers draw from their own experience because it is all they know. Yes, I did that but the book is not about me. The main character’s early life is peppered with instances which are backboned, but not fleshed out, by my past; her past is unique, it’s not mine. But still, I put it away because shelving your first seems to be the opinion of many in the know, who am I to say the experts are wrong?

So here I am almost eight years later, visiting the story I loved then and love even more now. Holding it in abeyance has been a good thing I think, because after over a year of structured writing, meeting deadlines and dealing with editors I’ve learned a few things. Following agent and writer blogs has helped too. Readers of my novel have helped as well but not so much as critics, as one would imagine, but as unexpected bolsters.

Yesterday I was cooking along, enjoying the read, inserting a little, deleting less and then all of a sudden, (insert sound of screeching brakes locking up here), I ran into some eight year old greenhorn writing that smacked so loudly of prose amateurishly written that I wanted to slam my laptop shut and take up professional lawn darts.  But I did not.

I decided to Shawshank my way through the second half of the book, the made-up part, the part which draws little from my past. If Andy DuFresne can crawl through shit so can I.  And then I realized, it was a speed-bump after all, a glitch written by a tired mind and hurting hands. I’m through it and on my way again and loving it.

Posted by Carolynnwith2Ns at 9:51 AM No comments: 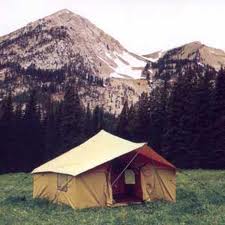 I did it twice, wrote a blog post and then took it down. I was mad. Twelve hours later I deleted it, rewrote and put it back up. Twelve hours after that, just a few minutes ago, I folded up the tent and put it away. I don’t think I’ll be pitching it again anytime soon.

My tendency to knee-jerk my reactions via ‘enter’ has consequences. The ready availability to rant is remarkable. In relation to instant communication writers-introspection has me realizing that though the power of words is awesome, and the speed of computer-communication is monolithic, sometimes stepping back and thinking first is in order.

Not only mad I was pissed, heartbroken and disappointed in the system. It is up to you to guess the system of which I speak and it has nothing to do with writing. I wanted what I wrote to go viral, to maybe change things or at its very least start a dialog. And then I thought about the consequences of being viewed as an angry person. I’m not angry; I’m disappointed and frankly heartbroken. I’m thankful for what I have, where I’ve been and for what I have achieved. No negative words today, no rant.

When is the last time you wrote what you shouldn’t have written?
Posted by Carolynnwith2Ns at 9:26 AM 5 comments:

The music of words

While listening to AOL Slacker Radio, New Age is my station, on my computer this morning, the woofer was so cranked that my Sally Hansen #29 Honor, #33 Fly Away and #14 Dreamy Pink nail polish bottles danced across the shelf above the computer right onto the floor.  The sound was so beautiful and so ‘filling’ that my proverbial emotional cup ranneth over and I started to bawl. Melody does that to me. That another human being can create something so audibly spectacular crackles my allegretto.

Years ago when dreams were even bigger than they are now I used to write music; very Enya-like without the electronics. The equipment which is available today takes music to levels beyond even my grandioso imagination. When my tunes were performed it was a kick beyond imagining and when I think of what I could have done with one of those fancy musical computer systems now, you’d have to hook me up to a defibrillator. There is just something about sound which seems to reach directly to my soul. Having said that, it is with sadness I admit I have hearing loss, it runs in my family. Losing hearing isn’t like losing socks, more like losing one’s virginity, when it’s gone it’s gone.

Call me Scarlett, I’m not going to think about that now, I want to think about words which have moved me the same way music brought me to my knees, filled my cup and left me weeping. As I write this the first book which comes to mind, because parts of it moved my soul and changed how I actually view and interact with another species, is Garth Stein’s, THE ART OF RACING IN THE RAIN. If you have read it than you know what I am talking about or rather what Enzo is talking about. If you haven’t read it, DO, now. It’s a symphony, a hymn, a ballad sung by a sweet musician without a voice or any ability to play an instrument. It had me crying in my beer and I don’t drink beer.

What book made you cry?
Posted by Carolynnwith2Ns at 4:42 PM 1 comment:


I have forty-five minutes before I have to leave for work so pardon typo’s and other asshole mistakes because I want to post this NOW. 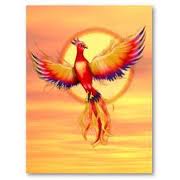 Resurrection is an odd word, depending on what is being resurrected, Christ, yeah we all get that, there’s relationships, jobs, and attempting again that which has been at times considered a  failure.

Seven years ago I wrote a book; a first book.  Like most first attempts at novel writing a lot of me is in there, not directly, but as something to draw upon.

Early on I queried that novel, and early on it was rejected, and should have been. The book was crap, the story wasn’t. On the shelf it went.

Then something magical happened and again out of the ashes it rose, rewritten a few more times, queried often and again...back on the shelf. A third time I took it down off the shelf and handed it around to anyone who would read it and I was brought to my knees weeping by the positive responses, but they weren’t pros, they were readers; query, cry, on the shelf.

Seven years and I have decided I’m going to resurrect and try again until someone; anyone with the gatekeeper’s power will have at it.

An on-line writer friend recommended I read something about structure, (thank you D) and what I discovered is that by chance my novel has the characters, elements, structure and the story, which according to the experts are the fundamentals of a successful novel. Who would have thought I did it by chance?

Okay so this in MY opinion. I get that. But I’m running out of shelf space. My fire is built and as the smoke billows, my bird has spread her wings and is flying again.

When do you give up?
Posted by Carolynnwith2Ns at 9:42 AM 7 comments:

The girl with the dirty mind 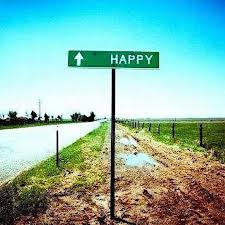 I read a post of a writer friend of mine she saw her book’s cover for the first time and loved it, and I was so happy for her I about went to my knees. You would have thought that woman was my own kid.

Sharing her writer’s journey with rest of us has been a wonderful gift. Lots of writers do that but this writer is different, because her prose is so good, at times it rumbles deep in your bones. She connects, as few writers do, to the humanness in us all. She’s so good and she doesn’t even know it; humility of talent, rare these days.

Her name, don’t forget it, is Averil Dean, she’s the sweetie with a dirty mind.
Posted by Carolynnwith2Ns at 7:58 AM 2 comments: