Naked and not afraid 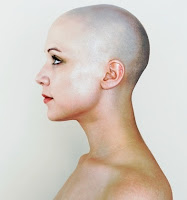 When you have lived somewhere long enough, worked at a job forever, when dreams end in etc., when waiting becomes endless, when change becomes impossible, when tomorrow is your only winning lottery ticket, where do you go, how do you quit, find reality, leave instead of stay and  how do you flip a coin in an empty hand?


I live in a hamster wheel which has a governor on it to slow its momentum, around and around in the same track where time and tasks are deadening.


I want change and yet I dread it.


So I pulled my empty pocket inside out and wrote.


It is a very revealing and serious essay, my words, which I sent to the big guys. No humor, no tricks, no funny stuff to connect me to the general lives of the reader I seek to discover every time I write. Only introspection and examination of that which has always been an uncomfortable revisit to a small part of my childhood which, for a while, took the lead in my personal play.


It was with reservations, I sent the essay out, because it was so blatantly honest and personal. I sizzled with anticipation because I knew it was newsworthy, my slant a bit different and exactly what they wanted. Or was it?


Part of me was proud of my honesty and part of me was terrified. It left me mentally and emotionally naked. If it ran I had no place to hide and nothing with which to cover myself. I was convinced I was ready. But was I?


Terrified of acceptance and heartbroken by rejection, my wheel slowed, my world paused. “What if,” became my license plate.


All but one editor responded.


“The piece is powerful.”


Words I have sought for thirty years. Words a writer like me dreams about, pines for, begs for, strips naked for. They saw me, and turned away, but they looked and liked my skin. I had done well. It was rejection without shame.


In a world of writer’s self-deception I thanked the essayist in me for being so honest.

When was the last time you were so honest you feared acceptance?
Posted by Carolynnwith2Ns at 12:41 PM 6 comments:

It's easy, sort of

Contrary to the popular opinion expressed among writers, writing is easy, it’s fun, it gives you confidence and rewards you in many ways not always monetary. It’s also damn hard, creates nightmares, riddles you with doubt, and alienates you from friends, family and at times, even your own sense of self.
I am able to look at the conundrum of writing, and the pleasure I receive by fitting all the pieces of the word puzzle together, because I have been published…often. Getting the first piece out there is the biggest hump. Once that’s over, the rest is easy…right?
August, late 80’s, my first readers-write essay ran in a local newspaper. I was beyond thrilled. Barely above a letter to the editor, I didn’t care, I was published, I was ecstatic.
A short time later my first real op-ed (opinion/editorial) was accepted by the editor of one of Connecticut’s largest newspapers. The editor was also my former writing teacher. That piece, a little over 600 words, literally and figuratively changed my writing life. It also changed how I intellectually defined myself. From that moment on, “I was a writer”.
Before I was notified of the publication date I wrote another op-ed and sent it to a different newspaper in the state, a bigger one, a scarier one.
At first I thought the original editor accepted my op-ed because he knew me, we had a great back and forth in class, but when the second piece was accepted I discovered the most important thing a writer can realize, I had figured out what they wanted.
Figuring out what an editor, an agent or a publisher wants and needs is key. Almost everything I submitted back then was accepted. It was a pretty big deal at the time, still is, because it drove my (so called) career.  Both op-eds broke on the same day in those two big dailies. It’s a wonder my head fit through the door.
But this isn’t just about my humble beginnings, fits, starts and restarts in writing. It’s about the frustration unpublished writers experience while wondering when publication will actually happen. I used to lament, usually after a few glasses of wine or a half-gallon of Rocky Road, when will someone, in the business of words, want something I’ve written? When will the day come that a writing professional, will convince other writing professionals that MY words are the ‘write’ words? When will all the effort, all the hours of solitary contemplation and exacting of execution, pay off, both intellectually and monetarily?

When will the dream become a reality of effort?

As a long form fiction writer, if you haven’t figured out the magic formula by the 100th query of your 100,000 word tome, you must dedicate another huge chunk of your life to getting it ‘write’ again and again. Some say that novelists can cut their teeth on short stories. I don’t think so. Novels and short stories may be backboned the same way, by the arc of a novel is infinitely more complex.

So, no advice here, only observation.

The oft used chant, stay calm carry on or don’t give up, hang in and you will get there, is okay. It’s also crap because first, you have to figure out what they want and how best they want it presented to them. Easy, right? Write.

It is easy once you figure it out. Sort of.

Oh I almost forgot, even after a byline or a title page, (unless you are a writing megastar), you’re only as good as your last accepted piece. That you have to start over, and figure it out all over again, kind of dampers my brilliant writing solution, doesn’t it.

Have you figured it out?

Are you having fun?

Posted by Carolynnwith2Ns at 6:14 PM 8 comments: