Coincidence is fallacy, mystery is real, PART ONE 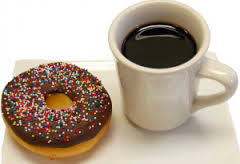 Okay, here's a three-part post that is really weird.
It is a composite of old blog posts, published pieces and wonderment. I’ve been pondering a longer project about the mysteries which surround us and if you are as amazed by mystery as I am, read on.


Here’s a cup of coffee, a donut and if you have a few minutes, enjoy. Or move on, it’s up to you. But if you take the time, the unexplainable is sometimes more interesting than that which we know to be true.


In the beginning I considered it a writer’s quirk, a weird happenstance that popped up while reading or writing, which had me lifting my head from my work and wondering, WTF was that.  At first it was rather seldom and then as I spent more time at the keyboard, the “seldom” became often. I asked writer-friends if it happened to them. They said no, so it became a funny little phenomenon I considered all my own.


Let me set the stage.


My kitchen table is my magic carpet. For over thirty years this thick slab of butcher-block worn walnut, along with my laptop, has transported me from here to there and back again in times of tragedy and joy and utter craziness. Over the years I have written millions of words in hundreds of essays, two trunk novels, a memoir and many years’ worth of newspaper columns. And all of this has been accomplished at my office/ kitchen table right smack in the middle of the busiest part of our house.


Around the corner in the family room, not visible but audible, is a TV which is almost always on. If I’m home alone it’s like another person in the house and if I’m not alone, it’s entertaining family members I am selfishly choosing to ignore while I write.


I don’t remember the first time the quirk happened because it snuck up on me in a subtle way, like an unexpected breeze at the beach which is both comforting and annoying. I typed a word and heard that same word on the TV, at exactly the same time. I didn’t think much about it in the beginning, I use a lot of words, it’s simply a coincidence, but as I began to pay attention I noticed it happening more and more. Sometimes I’d be five minutes into writing or reading and boom, the word I wrote or read echoed out loud in the family room. I’d read a whole book or write ten-thousand words and nothing. And then, there it was, on the TV in the family room while I was sitting at the kitchen table, or upstairs on the TV in our bedroom, while I was reading. I’d stop, look up and if I had a pen I’d jot down the word. But most often I’d simply ponder the actual word, mull over the unknown significance of the happenstance, and move on.


When it began to happen some-what regularly I thought my mind was screwing with me, hearing what I was typing or reading, how demented is that, I was crazy right?


We have one of those TVs you can pause and playback. For a while, I did just that to see if I was imagining this double decker word thing. No, I wasn’t crazy, it was really happening.


I thought, perhaps, because I’m a writer immersed in words daily, the odds of
piggybacking words increases. So I blogged about it and asked other writers. I also asked friends I knew who didn’t write, but read a lot, do you experience this odd piggyback word thing. They all said no.

That’s when I started to jot down the words in earnest, thinking that maybe there was some sort of Twilight Zone message in them. From whom or what, I didn’t have a clue, aliens, God, the neighbor next door with a super computer. I could have simply tuned off the TV but the piggybacking wasn’t annoying or scary, it was kind of comforting and it made me feel special, like I was being targeted in a curious way.


The words aren’t common like the, and, or it, they are a bit off center from common discourse  and just plain weird to be used simultaneously by two people separated by circumstance. The most recent being Campbell, a few days ago, and milestone, money and policy, yesterday. Morning was less than a half hour ago while I wrote an email to a friend.


Why is this happening?


When I noticed that this phenomenon started shortly after the death of my parents I heartened myself with the bazaar idea that perhaps my mom and dad were trying to get some sort of message through to me. Of course it made complete sense that two people who are dead would be reaching across the life and death divide with a Scrabble game of random words. After all, Scrabble was my mother’s favorite game. And, if anyone could find a way to communicate from up there to down here, it would be my dad. He loved science fiction and mystery. Yes, I had found the answer, I was fucking nuts.


I scattered the house with little squares of yellow Post-its stuck to end tables, window sills and on the counter next to the John. A true multi-tasker I can read, pee and listen at the same time.


“What are all these random words lists," my husband asked. “I thought you were leaving grocery lists all over the place, but ‘elbow’, ‘pine’ and ‘serious’ aren’t sold in any store I know.”


“It’s part of a writing project.” I said. No way was I ready to share my expanding lapse in mental acuity.

Now my husband knows all about the quirky word thing and is as puzzled by it as I am, unless he is practicing selective hearing, which is explainable and not a mystery at all. My daughter says it happens to her when she's paying attention.

Does it happen to you? 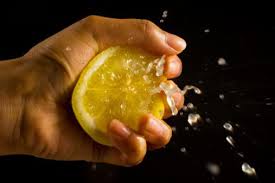 I cannot believe how full my life is at this stage. Family, full-time job and every moment I can find, to squeeze in the best words I can to my column and my novel, has become overwhelming.

I have always been one to express that as writers, if we are serious, we can find the time to write at the edges of our lives. I take this crazy writing-thing very seriously. Because life and all it's joys and challenges are pushing to those very edges and beyond, I am setting priories.

My column is at the top of the word-stuff and then comes my WIP. To finish that, this blog, FB and blog commenting on the sites I adore, will have to be on hold.

These words, blatantly stolen from a great writer on a great agent's blog,
"Time Waits for no writer."

Happy and successful writing to all.
See ya after, "The End".
Posted by Carolynnwith2Ns at 11:09 AM 6 comments: